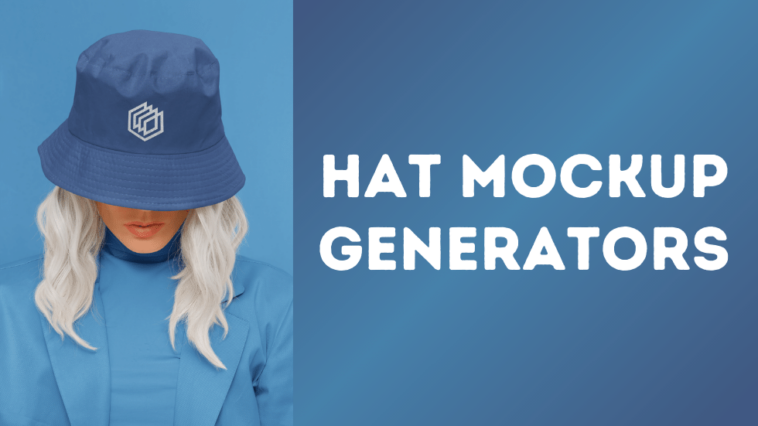 Are you looking to quickly and easily create great-looking hat mockups but not sure which online mockup generator to choose?

We’ve tried all the major hat mockups tools and put together a list of the best ones to make it easy for you.

Let’s get into it.

Placeit takes the top spot as it currently offers the most of all the online mockup generators when it comes to hat mockups.

Their library of hat mockup templates dwarfs all the other tools, with over 600 at the time of writing and this includes hat mockup videos too (over 60 of them).

Whatever you’e looking for you’re likely to find it on Placeit. They have hat mockups with snapbacks, beanie hats, bucket hats, baseball caps, and so much more. As well as having a variety of mockup with different genders, ethnicities, ages, and plenty more variations.

Here are some of the top hat mockup sub-categories on Placeit:

Hat mockup we made with Placeit:

They currently don’t have a huge range of hat mockups compared with Placeit, with just over 25 at the time of writing but what’s on offer is good quality and covers various styles and formats.

They have templates featuring models, product-only, caps, beanie hats, hard hats, and more so it’s worth checking out their library.

Media Modifier also have thousands of mockup templates in other categories such as t-shirts, ads, social media, and many others. As well as design templates including social media posts, posters, book covers, and a whole lot more.

Hat mockup we made with Media Modifier:

Next up is Artboard Studio which, like Media Modifier, doesn’t have a huge library of hat mockup templates but what’s on offer is good quality.

It is also possible to create custom scenes with Artboard Studio. You can add elements to a blank canvas or an existing template to create thousands of scene variations with different items, backgrounds, filters, and more.

Artboard Studio also has plenty of customization options and mockup templates covering many other categories so it’s a great mockup generator to try out.

Next up is Renderforest which is an online design tool that lets you create a range of assets including logos, videos, and even websites. They also have their own mockup generator which has just over 15 hat mockups.

All of the hat mockups on Renderforest are photos of hats by themselves. These include baseball caps, and beanie hat mockups.

Like all the other mockup generators in the list Renderforest is incredibly quick and easy to use. So, if do use the tool you’ll have hat mockups ready to go in no time at all.

Hat mockup we made with Renderforest:

At number 5 we have Vexels which offers users the ability to create mockups online with their mockup generator and also download mockups from their PSD mockup library range.

They currently have 5 hat mockups available via their mockup generator, and these templates with bucket hats, snapbacks and baseball cap mockups.

Vexels has a few PSD hat mockups that are the mostly the same as the options available through their mockup generator. They also have thousands of mockups covering other categories such as t-shirts, tote bags, phone case mockups, and other merch-focused mockups.

Hat mockup we made with Vexels:

Last up is Pixelied which is another user-friendly online design tool and mockup generator. The mockup templates are a fairly new addition for Pixelied and they’ve introduced mockups for various categories including hat mockups.

They currently have 6 hat mockups for users to utilize and, like Vexels, these are mostly simple product only images. So, if you’re looking for lifestyle mockups you’re probably better using another tool from this list to find hat mockups.

However, Pixelied’s mockup generator gives you lots of customization options. You can modify their mockups in the same as you can any other design template so as they grow their template library it will definitely become a tool worth checking out.

Hat mockup we made with Pixelied:

There were a few hat mockup generators that didn’t quite make our top 6 but we think are still worth a mention:

Here are some fantastic alternative options for hat mockups:

So there you have it. 6 of the best hat mockup generators.

We hope this article was helpful to you!

Enjoy creating! If you have any questions, comments or suggestions for other awesome hat mockup tools that we might have missed, leave a comment below.

Get our best articles straight into your inbox!

What do you think? 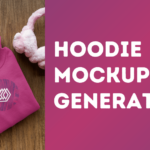 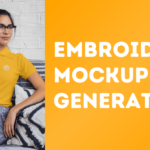 Don’t miss out on new articles

We may receive commissions when you click our links and make purchases. However, this in no way impacts our reviews and comparisons. We try our best to keep things fair and balanced, in order to help you make informed choices.

Back to Top
Close

Your password reset link appears to be invalid or expired.

To use social login you have to agree with the storage and handling of your data by this website. %privacy_policy%

Don’t miss out on new articles!